The band plays a lot in Hungary, Germany, Austria, Sweden, France, Czech Republic and Slovakia. Mainly on music festivals, biker- and US car events. Often shared the stage with The Matchbox, The Jets, Johnny And The Roccos, The Lennerockers, etc.

In 2013 they were star-guests in the Hungarian TV-show of the Eurovision Song Contest. They performed Toto Cutugno’s L’Italiano in rockabilly style.

The band play originals, classic rockabilly songs and self-made covers of pop-rock hits from AC/DC to Jacko, from Aerosmith to Ricky Martin. On the stage they always wear prison uniforms.

Cactus organizes the biggest Hungarian rock and roll festival (Lakeside Weekend) every summer for 22 years, where the host is The Prison Band.

Vampirette® Music is a Registered Trade Mark and member of the GEMA.
New Terrain Film is division of MCDP International UG.
www.info.mcdp.de, www.vampirette.de 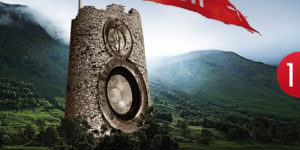